Over 200 years after Isaac Handy's death in 1762, Pemberton Hall had fallen from a thriving plantation home into a saddened derelict property on the verge of destruction. With the goal to save the home and restore it to its former glory, the Pemberton Hall Foundation, Inc. was formed.

Having fully restored the home, the Foundation continues to maintain the Hall and two acres upon which it sits. The home's furnishings reflect life in pre-Revolutionary times, and have been produced based on three 18th century probate inventories of the plantation. Paint colors have also been replicated as a result of spectral and chemical analysis.

Using plantation tax records, archaeological investigations and architectural research, the Foundation has restored or discovered other structures on the property as well. Although it is no longer visible, a unique wharf structure, known as "Mulberry's Landing Wharf" remains hidden under the silted in river mud of the Wicomico River. The wharf, which was discovered through underwater archeology and dendrochronology, is the oldest documented wharf of its kind in the United States.

Attached to the Hall, the 1786 kitchen has been reconstructed on its original foundation, as has a standalone Milk House, wooden-lined well and well sweep. Surrounded by a split rail fence, the property was home to other dependent structures and features as well. The Foundation is striving to reproduce and interpret all of the remaining structures, including the 16-ft. log slaves' quarter.

If you would like to learn more about the Pemberton Hall Foundation, please visit www.PembertonHall.org. 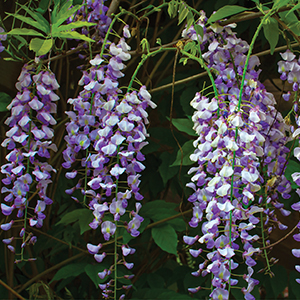 The removal of invasive wisteria may cause temporary closures in portions of the park. 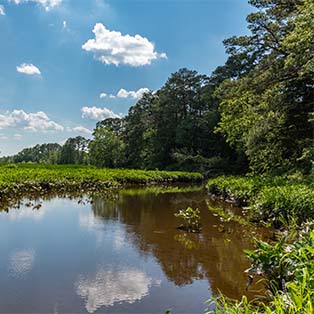 Learn about all the different nature trails here at Pemberton Historical Park. 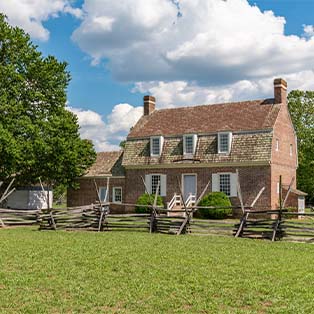 Pemberton Hall was built in 1741 by Isaac and Anne Handy.

Sign up for our newsletter and you will receive regular news and promotions.